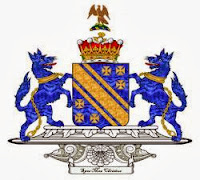 THE EARLS OF LUCAN WERE MAJOR LANDOWNERS IN COUNTY MAYO, WITH 60,570 ACRES


The family of BINGHAM is of Saxon origin, and of very great antiquity.

It was originally seated at Sutton Bingham, Somerset; from whence it removed, during the reign of WILLIAM THE CONQUEROR, to Melcombe Bingham, Dorset.

SIR JOHN DE BINGHAM received the honour of knighthood in the reign of HENRY I, and from him descended, lineally,

ROBERT BINGHAM, said to have been lord of the manor of West Stafford, in 1246, and in an inquisition of the abbey of Abbotsbury, is stated to have given five shillings annual rent in Upwey to that monastery.

ROBERT DE BINGHAM, who held at his death, during the reign of EDWARD I, a tenement in West Stafford, of the king in chief, by service of half a knight's fee, as of the manor of Way Bayouse, and also the manor of Melcombe Bingham.

ROBERT BINGHAM, wedded Alice, daughter of Thomas Coker, of Mappowder, in Dorset, and had (with two daughters), eight sons, viz.

SIR RICHARD BINGHAM (1528-99), Knight, of Melcombe, Dorset, became the most eminent person of his family, and one of the most celebrated captains of the age in which he lived.

At the time of the armada, Sir Richard was one of ELIZABETH I's military council.

He was instrumental in reducing insurrections in Ireland, in 1586, 1590, and 1593, and was eventually constituted marshal of that kingdom, and general of Leinster.

Sir Richard died at Dublin soon after attaining these honours, leaving an only daughter, when the representation of the family in Ireland devolved upon  his nephew,

HENRY BINGHAM (1573-c1658), of Castlebar, County Mayo (son of George Bingham, Governor of Sligo, who was killed by Ensign Ulick Burgh, ca 1596, which Ulick delivered up to the castle of O'Donnell and his adherents).

He was created a baronet in 1634, designated of Castlebar, County Mayo.

Sir Henry wedded Miss Byrne, of Cabinteely, near Dublin, and was succeeded by his eldest son,

SIR HENRY BINGHAM, 3rd Baronet (1654-1714), at whose decease, without issue, the titles devolved upon his half-brother,

SIR GEORGE, 4th Baronet, who was succeeded at his decease by his eldest son,

SIR JOHN BINGHAM, 5th Baronet (1696-1749), Governor and MP for County Mayo, who espoused Anne, daughter of Agmondisham Vesey, grandniece of the celebrated general (in the army of JAMES II) Patrick Sarsfield, Earl of Lucan, who fell at the battle of Landen, in Flanders; and great-granddaughter of CHARLES II, through His Majesty's illegitimate daughter, sister of the unfortunate Duke of Monmouth.

Sir John was an officer of rank on the side of JAMES II at the decisive conflict of Aughrim, and contributed to the success of WILLIAM III by deserting his colours in the very brunt of the battle.

He was succeeded by his eldest son,

His lordship was advanced to the dignity of an earldom, in 1795, as EARL OF LUCAN.

He wedded, in 1760, Margaret, daughter and sole heir of John Smith, of Cannons Leigh, Devon, and Audries, Somerset, and had issue,

His lordship was succeeded by his son,

The 7th Earl has been missing since 1974, and is presumed dead. A death certificate was issued in 2016.

Despite being owners of one of the largest estates in County Mayo, the Lucans were mainly absentee landlords, pursuing political and military careers elsewhere while their Mayo estates were administered by agents.

From, 1898, parts of the Lucan estate began to be sold to the Irish Congested Districts' Board.

The Lucan Estates company was set up in 1925.

The Earls of Lucan also owned an estate of over 1,000 acres at Laleham in Middlesex, now a golf club.

Its history is here.

Castlebar House, the County Mayo seat of the Lucans, was first burnt in 1798.

It was said to be


"romantically situated on the brow of a steep eminence overhanging the river, and attached to it is an extensive and well-wooded demesne, affording a pleasant promenade to the inhabitants of the town."

When resident in Castlebar during the 19th century, the Lucans lived in the lodge known as The Lawn (below), described in the Ordnance Survey Field Name Books as the residence of St Clair O'Malley, who was agent to the Earls of Lucan in the 1830s.

Castlebar House is referred to as the seat of the Earls of Lucan in 1894.

It became a convent but was subsequently burnt again.